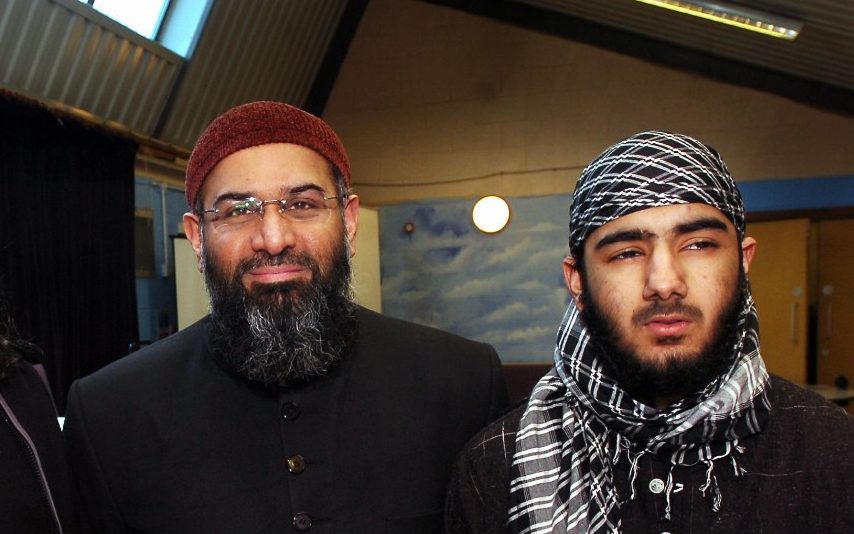 London Bridge terrorist Usman Khan was upgraded to a “high risk” category A prisoner after making threats to senior prison staff, The Telegraph can reveal.

Prison officials increased the convicted terrorist’s threat level in prison from “standard risk” after he breached security and put staff in danger.

Only the most serious offenders have such a classification, requiring a constant watch and armed police escort when moved from prison.

Prison sources claim it was one of a number of incidents including violence early on during the eight years he served for a terror plot to blow up the London stock exchange.

He remained “high risk” until released on licence from Woodhill high security jail last December into the hands of probation and police who were responsible for supervising him in the community.

The disclosure challenges suggestions he was consistently a model prisoner who had reformed his beliefs, ultimately resulting in him being allowed to go unescorted to a prisoner rehabilitation conference at London Bridge where he stabbed to death two Cambridge University graduates.

It also raises further questions about the system that allowed him to be automatically released halfway through his 16-year sentence without any assessment of his threat to the public by the parole board.

A Government source said: “There was some concern at the start over his behaviour. Threats were made and he was moved to high risk category A. He was on that to the end. For the vast majority of his sentence, particularly towards the end, there was not a problem – no violence, no threats.”

Prison sources said it was significant he remained “high risk” through his jail term and questioned whether adequate controls were put in place to protect the public when he was released.

“High risk is for the most serious criminals and being raised to that level only happens if there are security implications,” said a source.

“He wasn’t a model prisoner, he was involved in violence and moved from cat A prison to cat A prison but he was apparently receptive to every rehabilitation course. He did everything that was asked of him.

“It looks to me that he has played the system, giving the impression that he is reformed and rehabilitated but, like a sleeper cell, waited for the opportunity to grab a headline for the jihadis.

“The prison service had no option. The law states that an offender on a determinate sentence as he was has to be released halfway through his jail term.”

The Ministry of Justice (MoJ) said police, probation and the security services would have received a full report on his time in prison before his release including the upgrading to “high risk.”

Yesterday an inquest heard that London Bridge terror attack victims Saskia Jones, 23, and Jack Merritt, 25, both died after suffering a stab wound to the chest and “shock and haemorrhaging.”

Ms Jones was pronounced dead half an hour after the attack by Khan just before 1pm at the Learning Together conference in Fishmonger’s Hall at London Bridge they had all been attending.

Mr Merritt was moved from the scene to nearby King William Street where he was pronounced dead more than an hour after the attack at 3.14pm, despite efforts to save him.

The inquest was told he was moved because the area had been cordoned off and evacuated, as it wasn’t clear if the public was still in danger.

Both were working with Learning Together,  a prison education and rehabilitation programme which aims to bring  together academics and former prisoners for interactive workshops. Three others were injured in the attack.

T-Mobile Has A Trademark On Magenta, Demands An Insurance Company Stop Using It