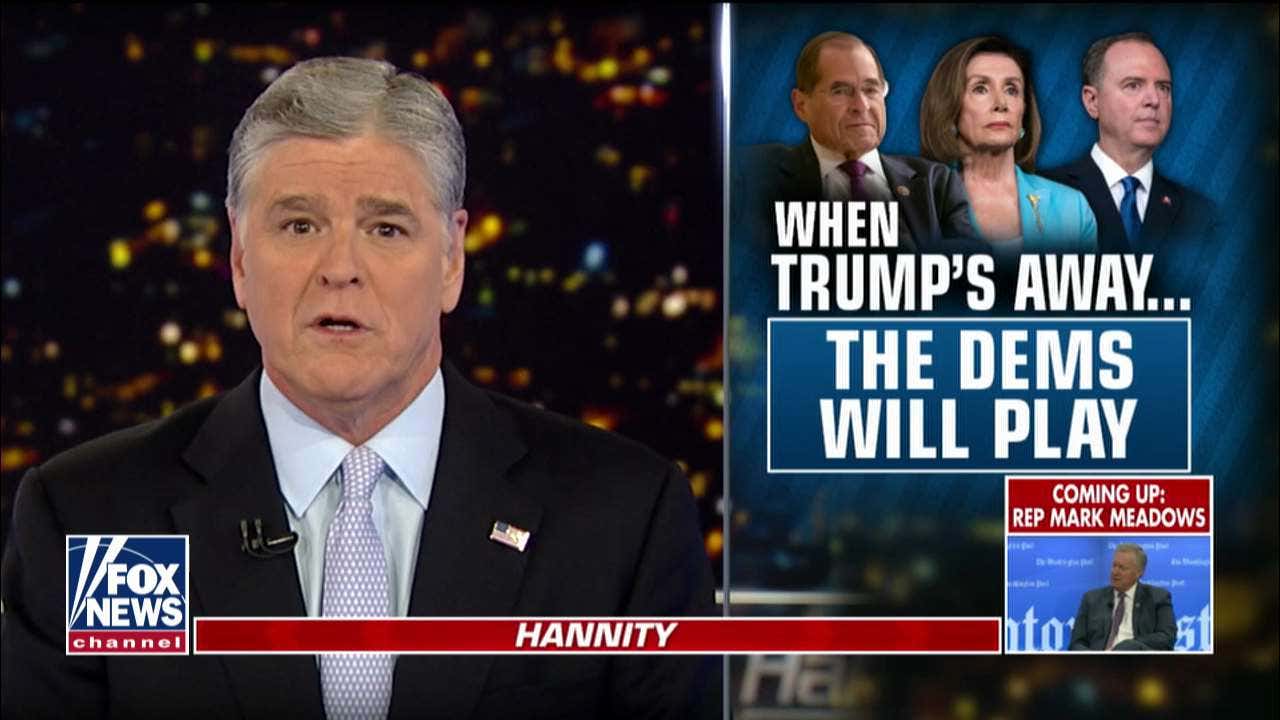 “The report is chock full of nothing but conspiracy theories, left-wing opinions, conjecture, hearsay, witnesses, complaints about Donald Trump’s foreign policy by people that think they’re more important than a duly elected president and a whole lot of outright lies,” Hannity said on his Tuesday show.

The host criticized Schiff for the timing of the report’s release.

“And let’s not lose sight of something very important. Schiff’s rambling report was released just hours before the first official proceeding,” Hannity said. “There’s no time to mount any legal defense, President Trump isn’t even in the country, and they knew that, too.”

Hannity continued to criticize Schiff’s credibility and his role in the report.

“A congenital liar compromised. Adam Schiff, who conducted the investigation, wrote the report,” Hannity said. “He is a known repeated congenital liar. He lied repeatedly about Trump Russia collusion.”

The Democratic-controlled House Judiciary Committee will move to the forefront of President Trump’s impeachment inquiry Wednesday morning with a hearing featuring four legal scholars, but no fact witnesses.

“[Nadler is] going to attempt to rush the impeachment sham across the finish line and get it done before Christmas. Like it or not, Nadler’s planning on, well, jamming impeachment down all of our throats,” Hannity said. “They don’t care about the country. They’ve done nothing for us for three years except hate on Donald Trump.”

Fox News‘ Gregg Re contributed to this report.